Eight years ago today, I wrote the first chapter of The Owl of Kedran’s Wood, my first foray into contemporary fantasy . . . and what I thought would be a brief standalone novel, something just for fun that I’d write and set aside.

Eight years later, my Kedran’s Wood stories have completed (if rough) drafts of two novels, a novella, and two short stories (plus dabbles of non-canon “fanfiction”).

I’ve written over 300,000 words of Kedran’s Wood stuff and it’s one of my happy places.

These stories have been a big part of my life, a constant writing companion, and Tare is my favorite character I’ve written (shh, don’t tell the others). 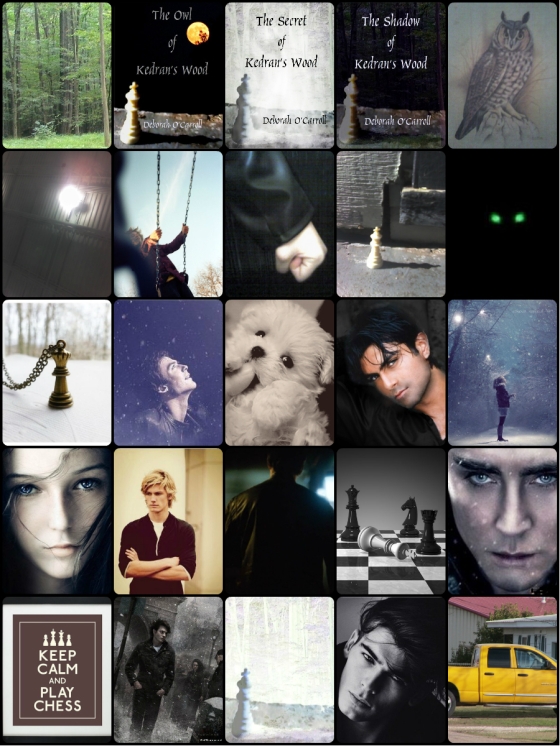 (Some images are mine; others found on Pinterest here.)

I’m so happy that I took that random idea, that odd and not-me-like modern story (I mostly wrote medieval-type fantasy at the time, because I didn’t like modern fiction — so I ended up writing the type I would like to read) and ran with it.

I’m terribly glad I sat down on that day eight years ago to write and met Tare, Lavender, Baz, Ivy, Mr. Larch, and the Wildlings, for the very first time.

The moral? Take those shots in the dark, those leaps of faith, those random steps that seem like they might not come to anything. Try new things. Try.

No matter how strange, no matter how small, you never know what that moment could look like, looking back eight years later.

(Who knows? Maybe some future April 5th I’ll look back and some of these stories will be published.)

So hi from me and Tare and the Chess Club. We’re celebrating. We wish you all a wonderful week. (Even if Tare won’t admit it. ;))

(He’s also judging me for not writing these last two days, since it IS Camp NaNo, even if I’m not writing about him. XD)