I am quite busy and kind of gone and falling behind on NaNo. Ahem.

But just I have to tell y’all about a sale my lovely blog friend Jenelle Schmidt is holding, in honor of her birthday (a hobbit birthday, you know!). For her fantasy novel “Second Son“!

And although I’ve not read her books yet I’m super excited to get to reading them when I have time again!! ^_^ (She has such good taste in the books she loves that I’m fairly sure I’ll love these fantasy novels by her!)

Also! She is holding an awesome giveaway on her blog for a couple more days, for Amazon gift cards and signed copies of her books, and some other books.

It’s absolutely AWESOME and all you have to do to enter is share the sale, so you must totally check it out and spread the word!!!

So. At least y’all know I still exist/live. *waves* Love y’all! Now back to NaNo…

Happy New Year! It seems to be 2014 already, which is something my mind is having a hard time comprehending . . . And I know for a fact that I’m going to continue to write and type “2013” for a long time still (case in point: I accidentally typed that when I was trying to type 2014 up there), but I’m excited for the clean slate and open possibilities of a new year!

Which no doubt includes posting on my blog more regularly. *glances around and dusts things off, disappearing in a particularly large cloud of dust, from which I shortly emerge, coughing loudly and trying to pretend I’m not* From the looks of things around here, and judging mostly from the fact that the last time I posted, NaNoWriMo hadn’t even ended yet, it might be presumed that I did not survive November. In fact, I barely did; but it was a close call.

When last I posted I was very behind on my words for the month and still going slow, but in the last couple weeks of NaNo I pulled an epic comeback and crossed the finish-line victorious at 50,237 words. Alas, my story is not finished (and in a sense only begun) but despite that I’m immensely pleased by how Underground Rainbow has turned out so far — especially the characters taking over and coming out so wonderfully — and overall I had a superb NaNo 2013!

Still, when December hit I had some intense writer’s burn-out and have been too exhausted from my writing (not to mention out of breath from a whirl of pre-Christmas activity) to even think about blogging.

But all that to say, I have at last returned! Hence one of the reasons for the “return” in the title of this post. Though . . . “many” probably does not apply. And I don’t know if anyone is happy about it either. But the subject of my return is not the only thing I’m here to talk about.

You see, it’s also a birthday. Not mine, of course, but the birthday of my favorite author. I love a lot of old books written by authors who lived awhile ago, but even though most of my favorite authors are no longer among the living, I like to remember them and appreciate their wonderful books by celebrating the authors’ birthdays. So today I’m here to do just that. 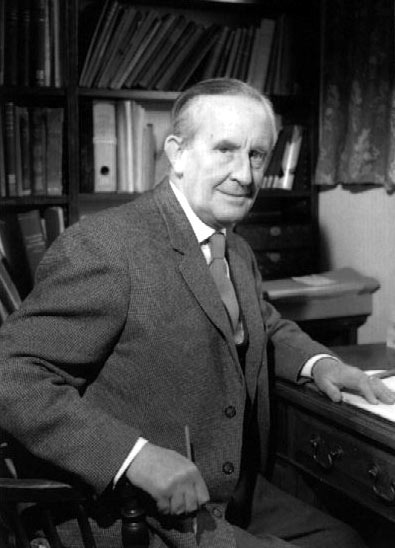 (Please note the “i” before the “e” in Tolkien. That is the correct spelling, which some folks, even in published books, cannot seem to remember, and tend to reverse it and spell it like “Tolkein”, which I shudder just looking at. And hey look; even my spellchecker knows that’s the incorrect way to spell it . . . This is a minor aside to all such people, correcting them, even though I’m sure none of them is reading this. “Tolkien” — “i” before “e”, please. I’m not nit-picky, no; not at all. Whatever gave you that idea?)

I’ve never gone so far as to bake a cake or anything (yet), but I always mark my calendar and each January 3rd I go about in a celebratory feeling of appreciation for everything Tolkien wrote and how much epicness and enjoyment his books have caused (not to mention how much of an increase of books written in the fantasy genre — my favorite — there have been since The Lord of the Rings was published). The Lord of the Rings is probably my favorite book, and well overdue for a reread; but every other thing by Tolkien I’ve read I have likewise enjoyed immensely.

I have a map of Middle-earth framed and hung on my wall. I happen to have in my possession 63 books by or about Tolkien or his stories — yes, I just counted. Some are multiple copies of various books by him, but the fact remains. If you just said I’m obsessed, I fear I won’t argue with you. I also own all the soundtracks for the films based on The Lord of the Rings and The Hobbit so far — I feel like the music of Howard Shore in the movies are a much better adaptation of Tolkien’s books than the movies themselves.

Which brings me to the final point of this post: I saw “The Hobbit: The Desolation of Smaug” the day it came out. I had planned to review it on my blog, and had such low expectations (except for the music) that I already had picked out what I was going to say in my review. It was going to be this:

My review for “The Hobbit: The Desolation of Smaug”:

I enjoyed the music.

. . . Yup, that was going to be it. Now, the music was splendid, but that’s not all I enjoyed, and nor can I just let the awfulness go unnoticed, so I’m going to have to amend my review. (Caution: May contain spoilers…)

Recipe for a certain movie:

Lot of parts annoyed me, and I could go on and on about it. But on the whole, as a movie, it was a really fun movie and I enjoyed it a lot. It just wasn’t anything like the great book it was supposedly based off of. I loved Bard — he was great. Bilbo was splendid as ever. The Dwarves were fun at times. I oddly really enjoyed Legolas (one of the bigger but less naughty additions — at least he would have been in the area). His parts were some of my favorite, especially a certain fight near the end . . . Also most of the river/barrel sequence was hilarious and awesome. And Thranduil! I don’t know why, but he was spectacular.

As such an extreme book lover, I only enjoyed the movie because I had been keeping up with the rumors of the horrible things they were going to do to it and resigned myself to the fact that it would be ruined even worse than the first one, and it was only by that mental attitude that I managed not to get extremely annoyed. With the first one at least I could list the problems and complain about them; with this, there are too many changes and I’m giving up and just looking at them as completely different entities.

Today being the birthday of the man who wrote The Hobbit, I’m going to appreciate the real Hobbit — the classic and wonderful book that I’ve so enjoyed reading so many times, and that led to the writing of my favorite book ever. My thanks to Professor Tolkien — Happy Birthday. 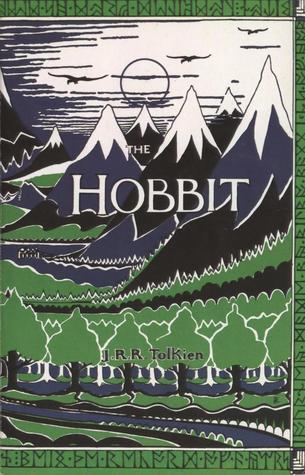 (Otherwise entitled: Regarding November–Yes, I’m One of Those Crazy Writers)

“I’m going on an adventure!”

-Bilbo Baggins in the film “The Hobbit: An Unexpected Journey”

As previously mentioned, fall is in the air . . . and adventure approaches. What adventure, you ask? Well, NaNoWriMo, of course.

Yep, National Novel Writing Month has crept up on us once again. 50,000 words in 30 days. A whole novel in the month of November. Who’s insane enough to try it? Me, for one. Because it makes me write. And it adds a measure of community to an otherwise solitary occupation. And it’s fun. I’d say those are three very good reasons.

The thrill, the joy, the panic, the excitement.

The frantic brainstorming, the sleepless nights, the overdoses of chocolate and caffeine.

The despair, the exhilarating discoveries, the unexpected plot-twists.

The characters in our brains alternating between pestering us, ignoring us, and locking us up.

It is obvious we writers are crazy.

I have a feeling it will be even crazier for me this year than usual. Not only am I going to try to write 50,000 words, but I’m also going to try to keep up with correspondence (ha), with life (double ha), and to cap it all, this year I’m a co-ML (Municipal Liaison) for my local region, which means I’ll be helping organize events, urging on other writers and answering their questions, and generally being about three times as busy as usual. In short, I’m more excited than ever.

This month I’ll be frantically brainstorming away, trying to gather together a plot for this year’s novel, a contemporary fantasy adventure. (Normally I’m a medieval fantasy person. But this story was too yummy to pass up.)

Underground Rainbow
Teen photographer Jancsi Foil encounters a world of fantastical creatures living undetected alongside the humans of Earth. Griffins, Gnomes, Mermaids: dwellers in sky, earth and water, with Leprechauns betwixt the three, trying to unite them in friendship—though not averse to some mischievous fun along the way. Jancsi and his friends are swept along in a colorful yet perilous adventure that will endanger everything they hold dear, as they join forces with the creatures and attempt to restore freedom to all—and find that golden friendship at the end of the rainbow.

There’s a colorful (sorry, couldn’t resist) cast of characters in this story that I just can’t wait to “meet”! If I can get the plot figured out I think this will be a spectacularly fun NaNo!

So . . . How about you? Are you willing to take the plunge? Come and join me on this epic writing adventure of fifty-thousand words in thirty days!

Everyone has a story in them. Set aside time to write the one you have to tell.

NaNoWriMo: write a novel in November.

What will you be writing this year? And are you excited yet?