Another month has come and gone, so Ishness once more comes our way!

It was WAY too hot again, but it also rained — yay! I mean… I hear tell it was rain. I mean… there were, like, drops of water falling out of the sky. Like… lots of drops. And the weather cooled off and it wasn’t scorching and… it was… wet. For a couple of days. Like… who knew that water fell out of the sky — ISN’T THAT A MYTH? O_O (Ahem. Okay, so maybe it’s not THAT dry around here… BUT STILL.)

But enough about the weather… I feel like I got a lot accomplished in August! I’m a happy little writer. ^_^ 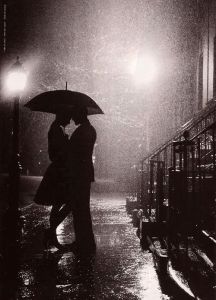 Excuse me while I go run around in reckless circles screaming with ecstatic abandon.

I fiiiiiinished it! I’m so very very proud of me and I love it to death, and it was 11,000 ish words — which is long for a short story but still short, so I’m happy — and it’s kind of gorgeous and I’ve never written anything like it, and I NEVER finish writing stories, so I’m just happy and in love with it. ❤

CAN I JUST FLAIL PLEASE. I FINISHED WRITING A SHORT STORYYYY.

Ahem.
Sorry.
That just… called for a little excitement. >.>

I actually did write a summary for it, so here it is:

A young heiress left alone in the world finds solace in her melancholy by nightly visiting the restaurant she always went to with her father, where she pours her overflowing thoughts into scribbles on napkins. Between avoiding the man who wants to marry her, trying to uncover the mystery of her father’s death, continually running into a mysterious young man in a trench coat, and forgetting to smile at the waiters, she’s keeping quite busy. But there’s still a murderer out there, who will stop for neither rain nor romance.

I also started really writing in The Secret of Kedran’s Wood (KW2) again for the first time since… February. I feel really good about that too! All of the productive feelings!

And I roughly outlined my Sleeping Beauty idea, The Rose and the Raven (not sure if I’ll be doing anything with it yet or not…).

I started some preliminary plotting work on The Silver Forest (this year’s upcoming NaNo Novel; please tell me how NaNo is only 2 months away…), like NAMING ALL THE CHARACTERS. Yes, I’m excited about that. *huggles all the Irish-sounding names* Like, I have a Prince Finnigan. (Come on, tell me that’s not cool??) I’ve gotten a tiny glimpse of the characters I’m having in this ENORMOUS cast this NaNo and I’m ridiculously excited. I’m going to have so much fun (if I survive NaNo and can manage that many characters, of course… Eheh). I took up crocheting again! I hadn’t in YEARS but somehow I got it in my head that I wanted a purse/book bag combination thing and that I could make one… So I did. I kind of love it and feel like it turned out remarkably well, considering I probably hadn’t crocheted a thing in like five years, and that I made it up out of my head and kind of winged the whole thing, hoping it would turn out… Behold its beauty.

(The blue part is actually much darker than that; my camera’s flash has delusions of grandeur and thinks everything is only as it shows it, not how it truly is, and thinks it should be a bright neon blue; but it isn’t.)

Wow, what a weird collection of stuff I’ve been watching… Sci-fi, western, and period fantasy… 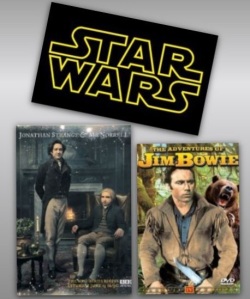 I finished rewatching all of the Star Wars movies to prep for the new one, which was fun. December is soon! I forgot how much I love Obi-wan in the prequel trilogy and Han in the original trilogy. HAN SOLO. SO MUCH SNARK. I love him and young-Obi so much. ❤ (Also Chewie and R-2 are adorable and I love the lizard thing that Obi rides in Episode III. Want one, I do. Also, Yoda.)

I also watched some of this old western TV show about Jim Bowie, which was fun, and saw the BBC mini series version of Jonathan Strange & Mr Norrell, which was… interesting. (CHILDERMASS. I know, nobody’s read that book let alone seen the show, so nobody understands me when I fangirl…)

I also got dozens of books from a friend who was moving and was incredibly nice and gave them to me. Like… how do I even express my feelings. ❤

These are a few of the books I’m most excited to read. 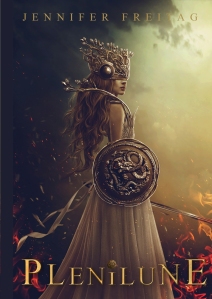 Yes, that requires caps-lock and that many exclamation points. It does. Seriously though, I’d been in that book since Christmas. It took me almost eight months to read it. I thought I would NEVER be done. But I was determined to finish it in August so I set myself a goal to read a chapter a day and I did it and finished early and just AAAHH I feel so free and so accomplished for making it through that monstrously large book! *happy flailing* Yes, it was worth it, in case you were wondering, simply because of Dammerung, who is a FABULOUS character, one of my favorites of ever. Dammerung is the best. That is all. ❤

I read these books in August. SO MANY BOOKS. I feel accomplished.

Nightstand Books is done monthly by Jenelle and D.J. — join them usually the first Wednesday of the month (I know, I tend to rebel and be early…) and share your own nightstand books if you wish!

And heeeere is my Nightstand Book(s) of the month: 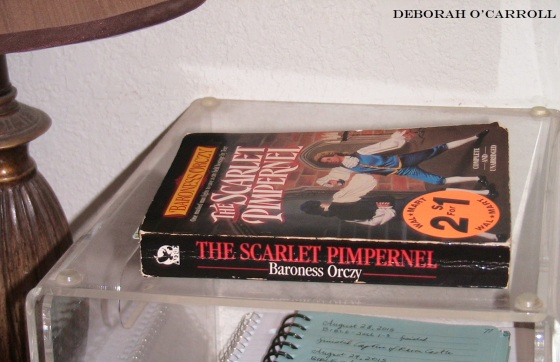 YES! I’m only in the middle of ONE book right now and I feel so happy and accomplished that I finished all those books I was in and wanted to read in August! *happy flailing* I happen to be on page 50 and Percy only FINALLY arrived so I assume the story will pick up now. It’s fun and funny though, and has that “classics” feel that usually means I don’t have a CLUE what’s going on but I assume it’s probably brilliant and over my head. (Robert Louis Stevenson does that to me ALL the time and it’s fascinating.) I plan to finish The Scarlet Pimpernel ASAP and then to leisurely decide what to read next and try not to be in the middle of ten dozen books at the same time ever again. (Ahem. We’ll see how that goes…)

In other news, I seem to have re-discovered my addiction of parentheses. Sorry ’bout that. 😛

So! That was my August. No idea what September holds, yet, except that it’s going to be insanely busy. It’s rather a frightening thought…

Also! I’m going to be internet-less this coming extended weekend and very busy beforehand, so… if I’m not around, that is why. But I have something super fun and (hopefully) exciting coming up on the blog next week on Wednesday, so stay tuned!