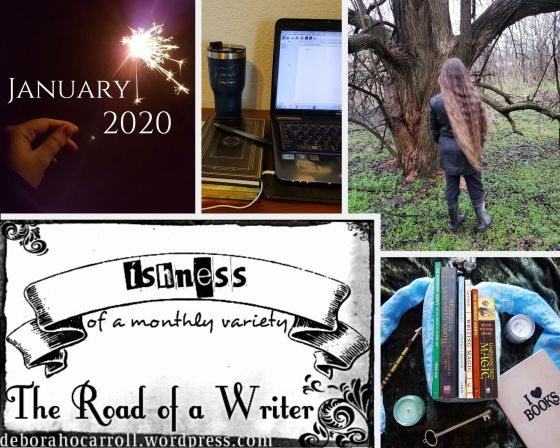 It’s only been FOREVER since I posted one of these, but I want to get back into the habit of writing Ishnesses, so here’s a recap of January!

Today I’ve got an update on my writing/reading/watching/listening, as well as some photos I took, and other thoughts. So let’s get to it!

I took a writing hiatus in January, and it was so refreshing! After writing 50,000 words in November for NaNoWriMo, and another 7K (finishing my WIP novella!) in the midst of Christmas craziness in December (which is when I usually take a writing break), I was ready to recharge.

I did start a new writing journal, though—a gorgeous Christmas present that I’m in love with! It’s my 11th in a series of yearly writing journals I start every New Year.

I also popped out of writing hiatus to write the second installment of my Urban Fantasy serial Girls, Spies, and Other Things the Faeries Stole, which I posted last week!

That was the first writing I did this year (decade??), and it felt marvelous to dive into after a three-week break following finishing Double Lives at Kedran’s Wood in the final days of December. Also, I wrote it on my “Writing Day” (January 20th), on which I’ve written at least something every year since 2010. (Bonus: that’s also my character Tare’s birthday.)

I’m not sure what my writing goals are this year, but after taking a month off to refill my creative tank, I’m looking forward to dipping back into writing again now that it’s February. 🙂

I read fifteen books in January! (I use the term “book” loosely. XD)

Some of these I beta-read or copyedited (I edited 400,000 words in January, so . . . that took up some time. XD), and there were a couple of review books, and the rest I just slipped in for fun.

Highlights were Winter Spell by Claire M. Banschbach and The New Emperor’s Concerto by Hazel B. West! Both are releasing this month (I can’t wait to see their covers!) and y’all need them in your life!

(The physical books I read in January.)

My watching this month has been rather assorted. A couple of random action movies, re-watching the first Thor movie (I forgot how much fun that one is!), finishing the first season of Trollhunters, finishing the sixth season of NCIS, a couple of random fantasy movies (Dragonheart and Earthsea, both . . . strange but with good parts), and Arthur Christmas—which was hilarious and so much fun. XD

I’m still obsessed with Burn the Ships by For King and Country. *grinning* 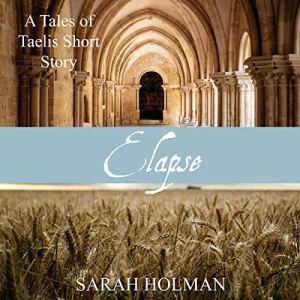 I planned to get back into audiobooks this year, and I did! Albeit in a small way. I listened to a short story, Elapse by Sarah Holman, and quite enjoyed this Kingdom Adventure tale, which made me excited to read the next book in the Tales of Taelis series.

(Most of these were on my book blog.)

I got a nasty flu a week into January and spent most of the month sick and trying to stay on top of work and commitments. But it was a good month, regardless. 🙂

I went to a writer event and got to see authors and talk with friends new and old, which was fun.

Those are the main things not represented by pictures. XD So here are some photos from this last month! 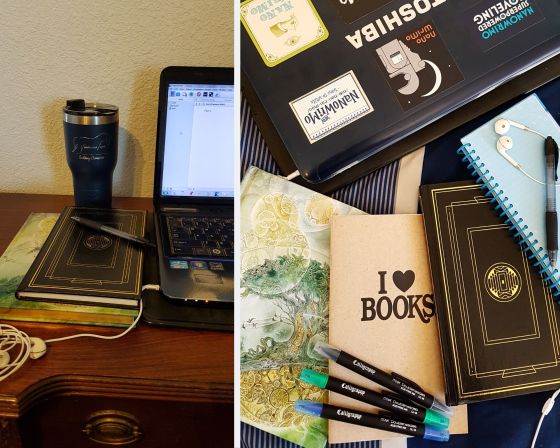 It’s the little things. Drinking lots of tea from this new mug I got. Setting up my new journals for the year. Getting back into using calligraphy pens, to spice up my journals.

Nature pics from rain and sunshine! My cat and a good book helping me beat the flu. Sparklers on New Year’s Eve and watching the decade turn at midnight. Going to a horse farm event where I got to see an old friend and watch talented people train and ride gorgeous horses. 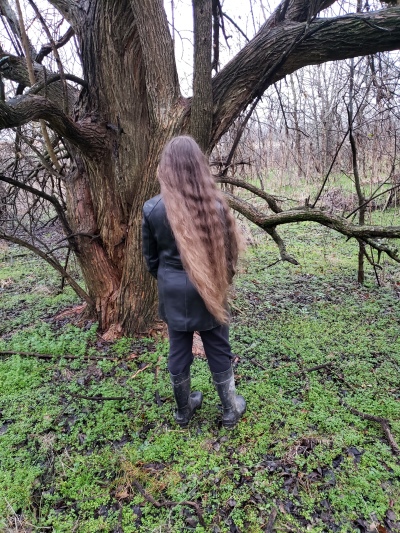 I got to trek through some rainy woods and while I was looking at a HUGE tree my brother snapped this picture of me. (Sometimes I forget my hair is that long because I don’t see it!)

I absolutely love this quote from Winter Spell (by Claire M. Banschbach)—a book that I copyedited this last month. I loved this so much I had to write it out in calligraphy and prop it on my nightstand as a reminder. It’s been so inspiring. ^_^

Other musings and things I’m learning include that I’m afraid of change (I’m Baggins-ish and don’t always have that Tookish adventurous spirit!), but that even when things are scary it’s still probably going to be okay and I need to stop worrying so much.

Breathe. I’ve been thinking a lot about this word. I don’t really choose a word for the year like some people do, but if I did, I might pick this one. Breathing is literally the number one thing that keeps us alive, physically, and this might be a hint about needing to metaphorically breathe—to rest and take time between things. I spend a lot of time feeling stressed or behind or trying to conquer the never-ending to-do list. But slowing down and taking time out for resting and recharging is so important. I’m trying to remember to stop and breathe in this way. Last week I took a whole day with the internet turned off and my to-do list cleared, and I rested up—I read some short books, napped, watched a movie, sat in the sun for a few minutes, and just breathed and de-stressed, and it was fabulous. Just a reminder (mostly to myself!) that we are not machines and we can’t keep going every minute, nor should we.

I’m hoping to make some writing goals and get back to that, as well as catch up on review books, keep up with editing jobs, and finish up some other life projects. We’ll see how the month goes . . .

It’s February Fantasy Month, hosted (for the fifth time!) by the fabulous Jenelle Schmidt! So be sure to check that out for giveaways and fantasy awesomeness! Not sure if I’ll have a chance to do much for that, but I hear there’s a tag, and an Instagram challenge, and I might post some reviews . . . We’ll see!

That’s all I have for you today. I hope you enjoyed this little glimpse into my January! If you read this far, you deserve a cupcake. *offers virtual cupcakes*

What have you been up to so far this year, and what are your February plans?