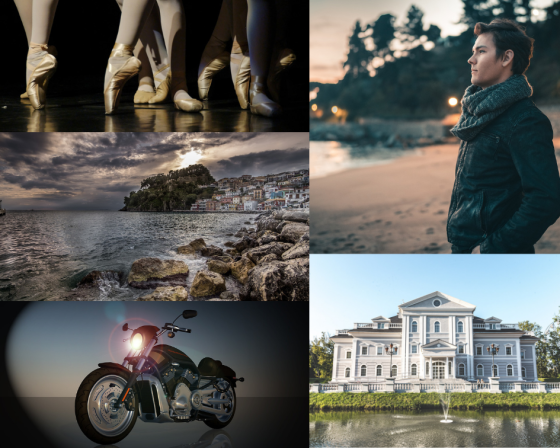 Hey guys! Today I’m excited to share a flash fiction/snippet/beginning of a story/SOMETHING.

Basically, I wrote it for a Twelve Dancing Princesses prompt and wanted to share it.

October is Twelve Dancing Princesses month over at The Fairy Tale Central. (If you don’t follow them, YOU SHOULD, because they’re amazing and all about fairy tales.)

As a part of that, Arielle Bailey, one of the Fairy Godmothers who run the site, has a writing prompt themed after the fairy tale of the month. 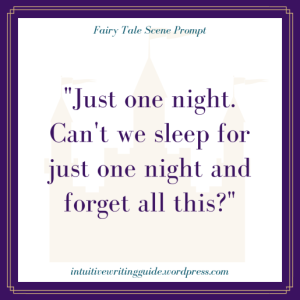 And then you pick one of these answers to use . . . 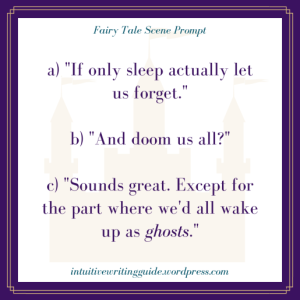 You can join in the prompt and find all the info HERE!

(I cheated a tiny bit because I moved the prompt lines later in the story instead of starting with it, because I wanted to start somewhere else, buuut you know. :P)

I wasn’t NOT going to write something for this — I mean, it’s my favorite fairy tale!

And then I had a dream about writing something for it and took something from that, as well as a title I’d been meaning to use, and a couple of other orphan ideas waiting for a story. (By which I mean that they’ve been quietly insisting they would like a story of their own and I’ve been pretending they don’t exist because I already have TOO MANY.) And there you are!

(I apologize that it ends as it does; I hope to write more someday, when it’s not less than two weeks until NaNo. XD)

Enjoy, and thanks for reading!

Girls, Spies, and Other Things the Faeries Stole

I dismounted from my old motorbike and surveyed the huge mansion silhouetted against the lake. The location being near water was less than ideal, given the rather important selkie shifters I had offended, but this job shouldn’t involve going near the water. I hoped.

I pulled off my sunglasses and hung them on my collar as I stepped into the sunset shadow of the looming mansion and knocked on the huge elegant doors at the top of a stairway I tried not to let impress me.

A man in a suit opened the doors almost at once and looked out. “Good evening, sir. How can I help you?”

Sir, indeed. My battered leather jacket and torn jeans didn’t exactly look like sir material, and the man was three times my age. But I let it slide, just this once.

“I’m here to collect that half-million reward,” I said.

“That would require solving the mystery.”

“And where did you hear of this opportunity?”

“Craigslist,” I grunted. He didn’t need to know that an . . . acquaintance of mine had already come trying to solve this and had disappeared.

Satisfied, he nodded and stepped back. “Right this way, sir, and I’ll introduce you to Mr. King.”

“Don’t ‘sir’ me,” I said, and adjusted the handgun tucked into the back of my jeans under my jacket as I stepped through the doorway.

I shook my head, following him into the depths of the mansion. Butlers.

My interview with Mr. King was brief—he was bored and impatient, and since I liked to think that people didn’t react that way just because of me, I figured he was getting kind of tired of this whole business after the dozens who had come in search of the reward and gotten nowhere—or if they had, nobody knew where, since they’d all disappeared.

Honestly, you’d think that would be more worrying than a billionaire’s twelve adopted daughters wearing out their ballet slippers every night, but there was no accounting for the rich. He said they couldn’t perform ballet in the daytime if they did it all night, and the stage was missing them.

Whatever he wanted to do with half a million was his business, and I could certainly use it to take care of a few things, on top of tracking down my . . . acquaintance.

So here I was, in a corner of a room full of chattering teenage girls, pretty much the last place I wanted to be. Well. Other than somewhere near water.

At least the invisibility cloak I wore kept them from knowing I was here—helpfully provided by Mr. King to aid in the investigations, with an enchantment on it to return to its proper hook hanging on a wall in his office at sunup every day to prevent unwarranted thefts. Otherwise I’d have suspected the previous investigators of having made off with it—it would explain their disappearances, and one of these was worth a fortune.

As part of the pre-arranged plan, I’d slipped in while the butler brought an evening snack to the teens—well, maybe a few of them were a smidge older, closer to my age; I was terrible with ages—and waited, Mr. King’s weary “good luck” still swirling in my ears. I guess if neither the wards around the house nor the security cameras could figure out where his girls were going or how, and they seemed to be in their room from ten p.m. until morning, that had to get kind of stressful.

The girls were either chatting, reading, engaged on phones or laptops, or doing some kind of crafting. One was practicing ballet steps in the corner opposite to mine.

Absolutely nothing interesting happened until the clock hit midnight.

They all stopped what they were doing and watched the huge wall clock finish chiming, then stood up—all except the one who seemed to be the youngest, who had fallen asleep reading a book.

She woke up and groaned. “Just one night. Can’t we sleep for just one night and forget all this?”

The eldest snorted. “Sounds great. Except for the part where we’d all wake up as ghosts.”

“Come on, you don’t really believe that, do you? Just because they told us—”

“I’m pretty sure I read somewhere that faeries can’t lie,” said another girl.

“And I’m pretty sure that’s just a rumor they spread around to make themselves sound trustworthy. Have you seen how sarcastic some of them are? I’m pretty sure sarcasm is a kind of lie and I doubt they could do it if they had to tell the truth.”

I smirked. That was definitely true.

“Come on, you know why we have to—and you usually love it. If you’re tired, you can just as easily nap there. Let’s go. One more night.”

The other girl got up and they put on their ballet slippers, then lined up, following the first girl.

They walked right into the wall and vanished.

I quickly slipped after them. The wall let me through, fortunately. On the other side, a dark shadowiness waited. I could feel that we had passed through a barrier and were now somewhere else entirely.

Faeries. This was going to be interesting.

I spied the girls disappearing in a long spiral down a winding staircase with a gleam of light waiting at the bottom.

About to slip after them, I paused. A scratch on the banister at the top caught my eye. A symbol I knew well. He had been here. And the only reason he would have left that mark was if he was in trouble and thought I’d be following and would find it. Of all the entitled—

I growled. What did that idiot get into now?

I pulled my cloak of invisibility tighter around myself and stepped onto the spiral stairs, following the twelve girls toward the source of light—and what sounded like waves.

I groaned. This was not my day.

And there you are! I hope you enjoyed it despite ending sooner than we might like it to. XD I do really want to continue writing it sometime. Thank you for reading!

21 thoughts on “Flash Fiction: Girls, Spies, and Other Things the Faeries Stole”

Today I’m excited to join in on the Fairy Tale Tag created by The Fairy Tale Central! They’re having a month-long celebration of fairy tales this February, and Jenelle Schmidt is hosting February is Fantasy Month, so I’m all here for all the fairy tale and fantasy goodness. *grins* Be sure to check both of […]

It’s time to share some bookish releases this month, and what I’ve been reading so far this year! FEBRUARY RELEASES There are some AMAZING books releasing in February which I’m super excited about! *muffled shrieking* (Titles link to Amazon or Goodreads.) Winter Spell – Claire M. Banschbach — This one isn’t on Goodreads yet (hence […]