Friends, I’m excited to share some news with you!

The Indie-made fantasy show Ren: The Girl with the Mark is gearing up for a second season — but we need your help!

If you haven’t heard about this original fantasy TV show (which has one season so far, consisting of five 10-minute episodes), and would like to know more, you can check out the official website or my post Ten Reasons Why Ren the Series is Awesome.

I stumbled across it years ago when it first released, since it was made by the same talented filmmakers who made the Lord of the Rings fan-film Born of Hope (about Aragorn’s parents). I adored the first season of Ren, and I’m excited to share the news with other fantasy fans! 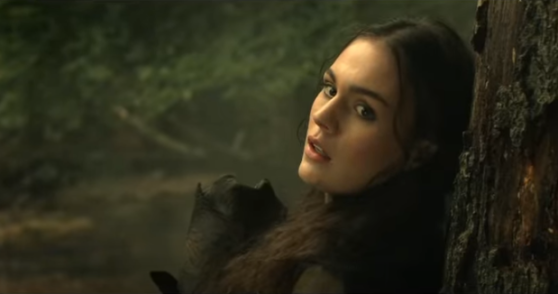 Scary things going down in the woods . . .

I absolutely love the characters (Ren! Karn! Hunter!) and the acting, as well as the setting, look, and feel of it. The story kept me holding my breath. And the music! I love it so much that I had to buy the soundtrack — it’s good for listening to while writing exciting scenes. 😉 Ren is simply an excellently-made show and I need more of it in my life. ❤ 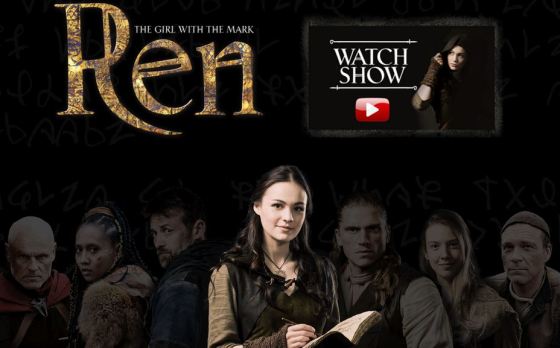 Or, if you have Amazon Prime, the first season has been re-edited and put together there in one place! Seriously, go see it. (It’s a total of 45 minutes, so you really have no excuse not to! ;))

So check it out if you love fantasy! (And join me in waiting for a continuation of that explosive cliffhanger! XD)

Karn being mysterious and epic. He’s my favorite!

How You Can Help

If the Ren team can get enough sign-ups for their new newsletter, they’ll know they have enough support to launch a crowdfunding campaign for season two, and they’re over halfway to that goal!

So if you are an old or new fan of Ren, or just want to help out, be sure to spread the word and sign up to renew Ren for a second season! 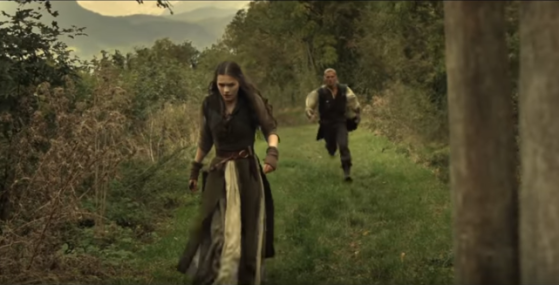 Ren and Hunter, my other favorites!

Here’s some more information, taken from the official press release:

SECOND SEASON OF REN: THE GIRL WITH THE MARK IN THE WORKS

The team behind Ren: The Girl with the Mark, the ambitious short-form fantasy series about a young woman marked by an ancient spirit, is asking fans to support a second season.

The premiere episode has had over two million views to date, while the season as a whole has received over 40 award nominations from festivals around the world, and a dozen actual award wins.

Gongs collected include the Grand Jury Award at Melbourne International WebFest in Australia, and Best Series awards at GenCon and FilmQuest in the US and at Bilbao WebFest in Spain. Skelton’s performance was honoured at Hyperdrive Sci-Fi & Fantasy Festival in the UK, while director and co-creator Kate Madison took home a Best Director award from South Korea’s Seoul WebFest.

Fans will be delighted to hear that a second season is in the works. “I’ve just finished writing the last episode,” Madison reveals. “I won’t give you any spoilers, but you can expect a much bigger scope and scale to this season, as Ren and Hunter journey across Alathia to try to find the answers to some of Ren’s many questions.”

The first season was crewed by an army of volunteers – some from as far afield as Germany, the Netherlands and even the US – who descended on the small English village of Caxton, Cambridgeshire to help build the set, make the costumes and appear as extras. Madison notes that “it was their talent and enthusiasm that allowed us to make an independent series of such a high quality that many viewers thought they were watching something from a major TV
studio.”

The community ethos is something she is keen to continue. Before launching a crowdfunding campaign, Madison and her team have challenged themselves to get 5,000 fans signed up to their new mailing list. “Social media is great,” says Madison, “but with the wealth of information out there things can be missed, and nothing beats getting something straight into your inbox.”

You can show your support for further adventures of Ren: The Girl with the Mark by heading to rentheseries.com/renew and signing up to the mailing list.

Have you seen Ren the Series yet? And what do you think? If you’re a fellow fan, are you just as ready for the next season as I am? Aaahh! I’m so excited to continue this journey! 😀

All images belong to Mythica Entertainment.