And so it begins, my friends!

(Plus, don’t forget to enter the giveaway at the end of this post!)

The Silmarillion Awards are a just-for-fun “Fantasy Oscars” blog event to recognize our favorite characters from fantasy literature by awarding them “Silmaril” awards for best-in-category — more about it here, if you’re new.

We (myself and 9 other awesome bloggers, not to mention all you fantasy fans out there!) hold it in July to coincide with the anniversary of the publication of The Lord of the Rings. This is the perfect year, too — did you know Tolkien’s earliest pennings of the tales of The Silmarillion can be found in notebooks dating as far back as 1917? That’s 100 years ago, people! :O

The Silmarillion Awards is one of my favorite times of year — a time to celebrate all things Tolkien and fantasy, particularly the beloved inhabitants of our favorite fantasy books!

The “Most Epic Heroine” Silmaril

The Most Epic Heroine Silmaril should go to a character who is a truly great heroine: she can be intelligent, brave, loving, with an inner or outer grace that defines her as a most epic heroine, willing to fight (either physically or with her intellect) against all odds for what she loves — a heroine beloved by other characters and readers alike; whether quiet or spirited, she should exemplify the spark of higher qualities which the great heroes and heroines of fantasy fiction hold.

This Silmaril will be presented by a certain shieldmaiden from the home of the horse-lords, famed for her heroism, strong will, persistence in the face of danger, and defeating a foe no man could slay, eventually finding her true place as a fair lady of healing; a graceful and truly most epic heroine.

And now, my fabulous fantasy friends, this is where you come in. These awards are fan-voted, which means you!

This post is the place to nominate your favorite epic heroines from fantasy, which you can do by commenting below! (Please mention the book the character is from, as well!)

If someone has already nominated a character you wanted to nominate, you can “second” (or “third”, “fourth”, “fifth” etc.) their nomination by replying to that comment.

The top five characters in each category with the most seconds/nominations will go to the next round of voting (beginning July 10).

These awards are just for fun, so enjoy yourself and have a blast celebrating all things fantasy and applauding your favorite characters (including heroines! ;)) from fantasy literature! 🙂

Don’t forget to drop by the other blogs to see the other categories and nominate (or second) characters for those as well! (The other hosting bloggers have more fantasy giveaways too, so be sure to enter those!) 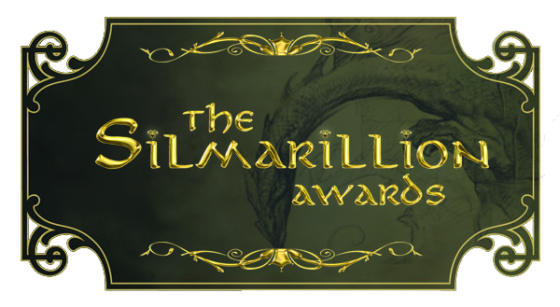 (FYI: You can get this gorgeous graphic by DJ Edwardson on a commemorative t-shirt or mug this year! For 10% off, use coupon code: TOLKIEN2017 [Proceeds go to support future Silmarillion Awards events.])

Speaking of epic fantasy heroines… I’m so excited to share a delightful giveaway with you here on my blog today!

Enter the rafflecopter below for a chance to win one of two epic fantasy-themed prizes, featuring great heroines as well. 😉

One winner will receive:

I’ve read and enjoyed The Firethorn Crown, and as a retelling of The Twelve Dancing Princesses, it definitely has several great fantasy heroines! 😉

A second winner will receive:

A paperback copy of Paper Crowns by Mirriam Neal, provided by yours truly.

Paper Crowns is one of my top favorite fantasy books of all time, and also features one of my favorite heroines ever. 🙂 So it seemed like the perfect thing to give away! (Plus, everyone needs to read it. XD) 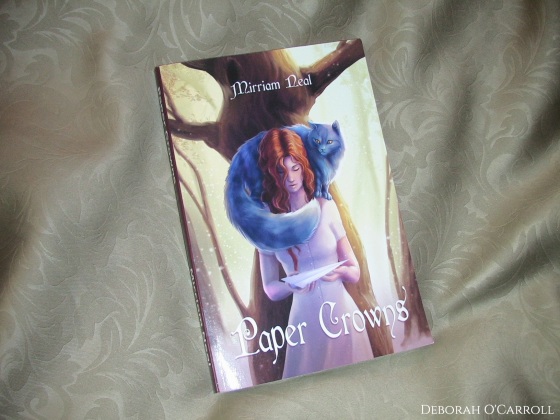 Enter the giveaway HERE via the Rafflecopter

(Giveaway is open for residents of US and Canada, running through July 3 – 9, and winners will be announced sometime thereafter. :))

So what are you waiting for?

Nominate away, my fabulous fantasy friends! Who will you nominate (or second!) for Most Epic Fantasy Heroine? Comment below through July 7th and celebrate your favorite heroines! I can’t wait to see everyone’s nominations! 🙂