[Note: Apologies if you got this twice and/or if the link didn’t work! I accidentally posted it wrong and therefore deleted it… so it might have been wonky. >.> SO SORRY. Let this be a lesson to look at things more carefully before posting…] 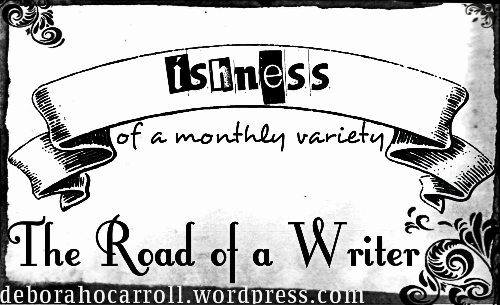 Time for my second Ishness of the year! (Yes, these have been less than regular, of late. XD)

Last time, I talked about the first two and a half months of 2017, so this time I’m talking about what I’ve been doing since then, in April and May and part of March. How time flies! *still in shock that it’s JUNE*

This… may be a little long. >.> I hope you’ll forgive me. XD (But really, I usually take nearly this long to talk about just one month, so doing two and a half all at once might even be more efficient. XD)

As you probably know, I did Camp NaNo in April! ‘Twas super fun! 😀

I wrote a total of 12,085 words for Camp, which is not bad, considering my original goal was 5K. 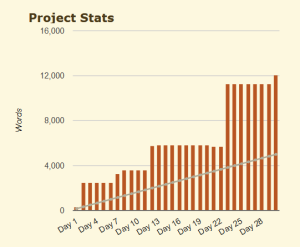 I worked on a few short stories for that, including A Tale of Two Boxes.

I slacked a bit on the writing front in May after all the Camp NaNo writing; I only wrote six-or-seven-hundread words, but I have been doing some plotting for my Kedran’s Wood series, Starrellian series, and The Siren and the Skyship. I also did #WIPjoy (on Twitter) in April for the 5-year anniversary of The Owl of Kedran’s Wood. I had so much fun playing around in that world for that and my anniversary post! ^_^

These days, I’m scribbling snatches of KW2, The Other Half of Everything, and a short story I’m writing that started as a dare, continued through Camp, and which I hope to finish sometime soon; it’s a fairytale-esque short story called Invisible Beauty.

So it’s slow, but I’m still poking along in my writerly pursuits! I currently am having a hard time pinning myself down to focus on one thing at a time. I’m a slitherer-outer like Howl, and not proud of it. *cough* If I would just tackle one project, I might actually get stuff done! *sigh* But I also need to work on making sitting-down-to-write into a habit, because I’ve slacked on that in the last couple of years.

In other news, I ABSOLUTELY LOVE SCRIVENER! ❤ Ahem. I guess you probably knew that, but it needed repeating. *cough*

With semi-amusing commentaries about them from moi.

[I’m not posting snippets of A Tale of Two Boxes, since you can read the whole thing HERE. :P]

The sun sank relentlessly toward the horizon, staining the path and sky and grey stone castle with urgent shades of red.

[Time-limits are fun. The sun setting is a bad thing here, in case you can’t tell…]

In a last desperate rush, she pounded down a long winding staircase into the depths of the castle dungeon, and there at last she found the sorrowful prince—chained in his own keep.

But, I reasoned, it wasn’t the end of the world. It could be worse. Teague could have been an axe-murderer instead of just a writer. I’d live with it. I’d have to.

— The Other Half of Everything

[Because only Meridian would compare writers to axe-murderers. -_-]

“I’m through playing games,” Tare growled. “What do you want?”

“Well, being able to talk with you is a start. You’re a hard one to find, Tare.”

— The Secret of Kedran’s Wood

[Because if there’s one thing Tare doesn’t like, it’s being found. Because that normally entails someone looking for him. Which is almost never good…] 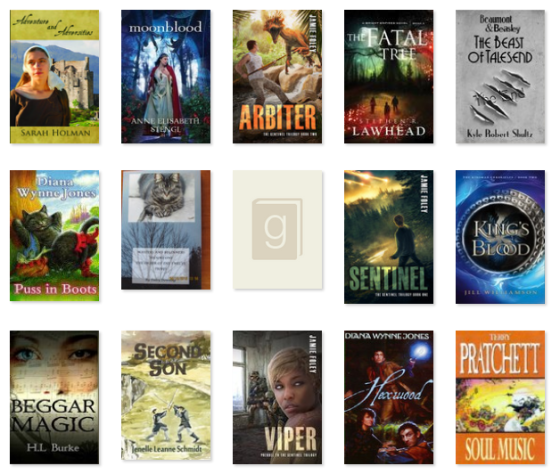 I think I read about 16 books since my last Ishness, before June hit?

But really, they’re nearly all “notable”. I’ve enjoyed almost all of these, SO MUCH. ^_^ Much good reading of late!

I should do a reading roundup for this year… Maybe I’ll do a half-way-point post on my book blog in early July, rounding up my reading so far with brief thoughts? Sound like a good idea? If anyone’s interested…

I actually haven’t been watching many new-to-me movies of note, lately. Who has time for movies when there are SO MANY EPIC BOOKS TO READ?? But I did see a couple of interest…

Blogging has been somewhat tricky sometimes, due to less-than-stable internet. >.>

I recently (and currently) have extremely unreliable internet, which loves to go out for days at a time seemingly for a lark. -_-

But I do what I can!

Here are my latest posts, in case you missed them; and/or just for my own personal reference of what I’ve posted lately. XD (Feel free to skip this bit!)

Posts on The Page Dreamer in the last two and a half months (in reverse order):

Posts around here in the last 2 and a half months (also in reverse order): 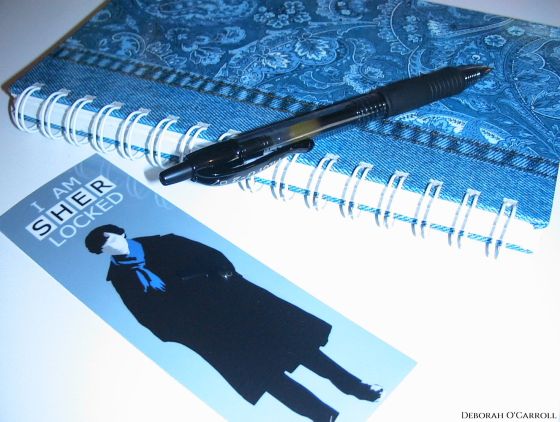 I don’t even know why I put this category here because I really don’t do anything interesting that can’t fall under most of the other categories. XD

I started a bullet-journal around when I posted my last Ishness (I know I had mentioned it) and it’s… almost full already? O_O Ahem. So I’ll probably have to find a new one come July. The past couple of months have been an interesting experiment in streamlining my to-do list processes. It’s very similar to what I used to do, just slightly tweaked. BUT I LOVE IT AND IT’S GREAT. I mean, it makes me realize how behind I am and how I always bite off more than I can chew, but at least it’s all tidily listed. 😀 Hee. It’s been my constant companion and SO helpful. And I’m so glad I decided not to try to make it fancy because who even has time for that. IT’S JUST LISTS, PRETTY MUCH. Which makes me happy. 😛

I’ve also been to a couple of writer workshops, which were interesting; got to see a visiting dear friend which absolutely made my year; went to a library sale; went kayaking and got an atrocious sunburn but had so much fun. That’s mostly it in the excitement category.

Somehow, June has begun (WHAT?? Help me out here. Time is insane and definitely up to something mischeivous) and so begins the long double-month of June-and-July. We should just call it Junely and be done with it. 61 days of a long, hot, summer month that starts with Ju and I therefore mix up.

As for my plans during Junely and August-ish perhaps… well. Let’s see.

So yes, the usual things are up for the summer. Reading, writing, etc. I don’t have plans (at the moment) for anything exciting or vacationy. (I’m not going to Realm Makers, for instance. *sobbing like an octopus trying to find matching shoes*)

Basically, I DON’T KNOW WHAT MY PLANS ARE BECAUSE I’M AN INDECISIVE OTTER WHO JUST WANTS TO PLAY WITH THE LATEST SHINY THING AND THEN FLIT ON TO THE NEXT ONE. I don’t do decisions or plans. Ahem.

(Why did I call it summer plans, then? Shush, do not ask me this.)

SO. There you have an update on what this writer has been doing of late!

I’m kind of in shock at how far into the year we are, but at the same time I feel like I’ve been very busy, so. I guess that’s good?

I can’t imagine why people would like hearing about what’s up with me, but sometimes I hear ’tis so, hence I hope this was at least a little interesting!

What do you think? What’s been up with you, my dearest Roadlings? Any summer plans? Thanks for reading! 🙂

Audiobook Review: The Road to Bremen by Kelsey Bryant