I’ve been writing The Library in the Stars for NaNoWriMo and I thought  it was about time to do a sort of update on it — so fortunately there’s another edition of Beautiful Books this month (cutting it close on the timing) to help my tired brain out with that. XD 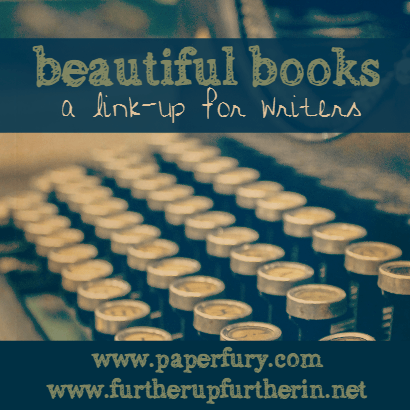 Beautiful Books is a linkup for writers hosted by Cait @ Paper Fury and Sky @ Further Up and Further in. Join in the linkup if you like!

Well, I hit 50,000 words on The Library in the Stars on Sunday night and therefore finished NaNoWriMo a few days early, so… I’d say my mental state and my novel are both doing pretty good. XD I do seem to have a cold (UGH), and I still have at least five (probably very long) chapters left to finish the novel, and the book itself so far is a confusing plot-hole riddled nonsensical mess, but in spite of all of that I’m pretty enormously ecstatic to have completed my 7th NaNo! 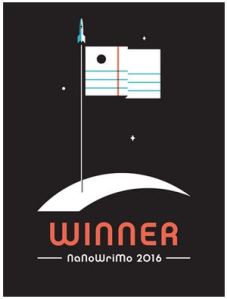 The first time the doorbell rang, the sixteen-year-old Coltridge twins simultaneously looked up from where they were sprawled comfortably with their very different books on opposite sides of their shared rooms at the university.

Veronica, surfacing from her Galaxy Timeline History 0000-5300 textbook, dropped her book onto her desk on top of a volume of Science and made for the door, nimbly dodging stacks of her brother’s novels on the floor in her way. “I’ve got it!”

Brendan, from his low over-stuffed couch in the corner, eyed the doorway curiously over the top of the book he was reading as she pulled the door open.

–from The Library in the Stars

3. Who’s your current favourite character in your novel?

Drayke Essengale (space elf) and Damian (shadowy hero) are currently fighting for that position. I love them both a lot. ❤

4. What do you love about your novel so far?

The characters. The fantasy in space. Getting to write scenes from several different ideas that I’ve had for a long time, all in one story.

All of the things?

(Except the plot holes and monstrous first-draft-ness of it, but shush, we’re not thinking of those things right now.)

5. Have you made any hilarious typos or other mistakes?

I also one time wrote Drayke when I meant Damian… Whoops.

They all have their pros and cons. I honestly don’t know.

7. What are your writing habits? Is there a specific snack you eat? Do you listen to music? What time of day do you write best? Feel free to show us a picture of your writing space!

I don’t really have “writing habits”… which is part of my problem. XD

I don’t eat while I write. I write best in the evening when I have no distractions… which sometimes translates to VERY LATE. I wish I was a morning writer but that didn’t really happen this NaNo.

I have been listening to music and it’s been helpful. Mostly a few songs from Skillet’s latest album, “Unleashed” (Feel Invincible, Stars, and I Want To Live), some songs from the Newsboys’ album “Restart” because it’s fast with a good beat (That’s How You Change the World, Restart, Go Glow), and “The Lord of the Dance” soundtrack because it’s epic and perfect. ❤

8. How private are you about your novel while you’re writing? Do you need a cheer squad or do you work alone (like, ahem, Batman)?

I do pretty much write alone in general, but my family will usually hear about how it’s going (and cheer me on accordingly; they’re amazing) and I’ll have a sibling or two read the chapters as I write them, and I do chat about how it’s going with a couple of online friends throughout the month. Mostly, though, the loner thing.

(Pretty much: I’m Batman. Or Tare. Tare works alone too… *cough* But even Batman needs his Alfred and co., and even Tare needs his Chess Club.)

9. What keeps you writing even when it’s hard?

This NaNo, it’s been my wordcount goals and the helpful Scrivener progress bars each day… so mostly the determination to stay more or less on track and get my words done each day.

I’m verrrry pleased to announce that I actually stayed on track and never fell behind par on my wordcount ONCE this month! This is big news. In 7 years of NaNos, this is my first time to stay on track the entire month. 😀

10. What are your top 3 pieces of writing advice?

Not sure if they’re my top three, but off the top of my head:

There you are. My NaNo update. Now excuse me while I ignore the fact that I still have probably a quarter of The Library in the Stars to write to finish it, and go burrow somewhere comfy and read away my cold to avoid feeling miserable and possibly nap for a week BECAUSE I FINISHED NANO! I’m very happy and looking forward to reading other books now that I don’t have to write my own at the moment. The books are caaaalling me…

25 thoughts on “Beautiful Books: NaNo Update (The Library in the Stars)”