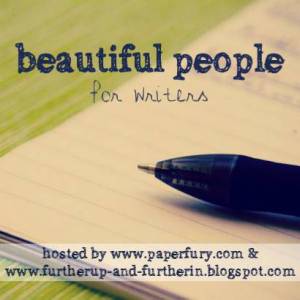 It’s been awhile since I’ve done any Kedran’s Wood-ish posts, what with Meridian and Teague stealing the show around here more often than not… But Beautiful People is up for this month and I saw these questions and thought: “TARE!”

Okay, this is how it’s going to work. I want to have my cake and eat it too (always a good idea, if you can manage it), so Tare’s going to answer the questions as far as he will — which, I anticipate, will likely not be very far — and then I shall elaborate on it further… out of his hearing. *cough* Because his answers will be interesting, and mine shall be informative, so between us we should cover most of it.

Let’s have at it, shall we? 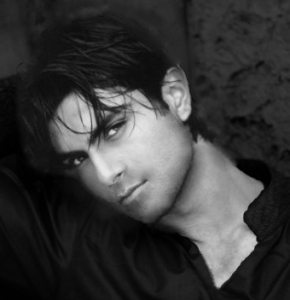 1. Do they want to get married and/or have children? Why or why not?

“And what exactly prompted this bit of irrelevancy?”

Tare, you can’t answer a question with another question.

*folds his arms* “I can and just did. If you’re going to make me answer questions I don’t want to answer, I’ll answer them how I want.”

*sigh* Ahem. So, for this question… Tare honestly has never thought this far ahead on this subject. He is, and always has been, an extreme loner, who only recently has begun to understand the concept of friends as applied to himself. At the moment, definitely not. I can personally see him married someday, perhaps, if the right girl came along… but it would definitely be FAR in the future since he has a long way to go in the HR department, you could say.

2. What is their weapon of choice? (It doesn’t necessarily have to be a physical weapon.)

…Okay, thanks for that, Tare. I’m glad you’ve decided to be cooperative and specific with your answers.

…All right, I won’t leave you guys with that. He does mean all of them, or at least anything that’s around. But he’s also partial to using his fists since they’re reliable, or knives, since he prefers hand-to-hand combat. He won’t say no to a handgun, sword, machine gun or bow and arrows, or even a grenade, though. Any other weapon you can think of to hand him… he’d adapt pretty quick. Not to mention, his mind is a pretty good weapon already because he’s smart and stuffs. *nods*

3. What’s the nicest thing they’ve done for someone else, and why did they do it? 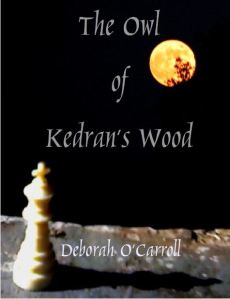 “The time that — Well.” *studies his fingernails in minute detail* “I saved some people. Because . . . they needed me to.” *clears throat and shifts in chair* “Or the time I had to hold up a wall of the gingerbread house the Chess Club were making, because I was there and they made me. I’d say I was pretty nice then.”

*look of horror from yours-truly* Tare! That hasn’t happened yet!

Anyways, that first reference, which he did not elaborate on, would definitely be the nicest thing he’s done, referring to the time he nearly died — and worse — in order to save the world, specifically so that his friends wouldn’t die. Because he realized they were his friends and he actually cared about them and didn’t want them to die, and so was willing to do anything necessary to protect them. Cuz he’s nice like that. Who cares about saving the world? — he was saving his Chess Club. ^_^

4. Have they ever been physically violent with someone, and what instigated it?

*raises one dark eyebrow slightly like a question mark as if to say “What is the point of this obvious question?”* “Yes. Lots. And they did.”

I’m… trying very hard not to laugh at this question. And not doing a very good job. Ahem. Tare’s whole life has been rather violent, though not of his choosing. Not to mention that a whole lot of shapeshifting monsters kind of call for being fought… It’s nearly always the others’ fault, though.

Of course, there were a couple times when he was violent to the Chess Club, but those are… special cases. *cough* In the first book, he punched Baz for being annoying, and started a fistfight with Adrian for… reasons. (To be fair, Baz WAS being annoying, and Adrian had just run into him with his pickup-truck… kinda-sorta-almost on purpose. So.) In the second book, Tare shoves Baz one time when Baz was being REALLY frivolous about something that really bothers Tare, and the next scene I need to write Tare kinda shoves Adrian off a building. You know. Because he had to. *shrugs*

5. Are they a rule-follower or a rebel? 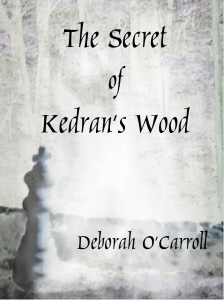 He’s an odd mix of both. He’s a bit of a rebel, yes, since that’s sort of his nature by default, just due to his life. But despite that, he’s also surprisingly rule-abiding, in his own way. He won’t hesitate to do something that would be frowned upon if he needs to, but he also has a strong sense of justice and generally has boundaries of his own.

6. Are they organized or messy?

“Come into my lair with intent to mess it up and you’ll find out.”

*turns to me and asks mildly:* “Do you want me to kill your readers?”

(Tare’s kind of scary when he’s being all playful. XD Ahem. >.>) Tare’s pretty organized, though he’s not as obsessed about it as his answer makes him sound. XD His home is pretty tidy, swept and neat, with nothing lying around unless he wants it there, like leaving his black leather jacket draped over a chair or a stack of books on a table or various weapons lying around while he cleans them or something. And he usually makes his bed. If it’s messy around his place, it usually means something’s wrong with him and so he doesn’t feel like making an effort to keep things clean. But he doesn’t overthink it, it’s just something he does. I guess you could call it a casual organized, with a side of messy, since he doesn’t mind throwing a bunch of stuff together as long as he knows where it is. As far as outlook, his approach to most things is organized instead of spontaneous, but he can occasionally be unpredictable.

7. What makes them feel loved, and who was the last person to make them feel that way? 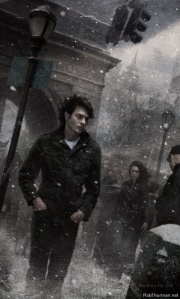 *folds arms again* “I don’t know why anyone would… love me, so I don’t see how this applies.”

It’s just an interview; no need to blow up in my face! o.o

“I’m not blowing up in your face. I’m asking a simple question about your inapplicable one.”

Just answer it, then! It’s not that hard. What makes you feel loved and who made you feel that way?

*gives me a hard stare* “How should I know? Probably the last time was… I don’t know, maybe when I was like… three or something and my parents held me. I told you. It doesn’t apply.”

Youch. Okay, so Tare is very not used to the idea of anyone caring about him, or the notion of feeling loved. *cough* He’s recently discovered the Chess Club and their friendship with him, so I guess the fact that they care about him makes him feel… perplexed but cared about. I don’t know if he’d say “feel loved” though. I don’t think the last time was when he was three; it was probably when he was a teen and his mother came for him. He wasn’t used to feeling loved then either, but I think he did in that case, and also confused and wary… but who knows.

8.What do they eat for breakfast?

*rolls eyes* “All right, I’m partial to meat if it’s around. But anything else that happens to be there is fine too. I’m not particular.”

The last time we saw him eat breakfast he was eating steak, so… that probably applies. He does like meat. It keeps him going and it’s also what he’s used to. Mostly he sees food as fuel though, so as long as it’s food he doesn’t care much. It’s not something he overthinks, hence his first answer.

9. Have they ever lost someone close to them? What happened?

Um… so… until recently, Tare hasn’t really had people who were close to him. Unless his parents count. In which case he did lose them and… what happened is spoilers. Which will be revealed if I ever get around to writing the prequel about him. Ahem. 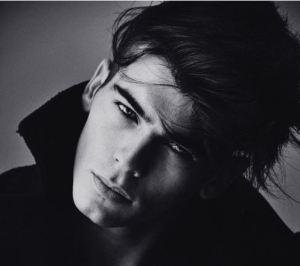 10. What’s their treat of choice? (Or, if not food, how else do they reward themselves?)

“I’m partial to being alive. That’s a good treat/reward.”

“All right, I have nothing against chocolate cake, and I like hunting in the woods, or reading a good book by the fireplace in my lair. Assuming nothing’s currently trying to kill me, of course. Or that the Chess Club aren’t bothering me and acting like they live at my place… Annoying over-reacting detective amateur puppies.”

Oh, come on, you aren’t as annoyed at them as you let on.

*rubs a hand across his mouth as if to hide a frown or a smile or, you know, a something, and looks at the ground so his dark hair hides the possible fond gleam in his dark blue eyes* “Fine. But you didn’t hear it from me.”

And that was today’s Beautiful People post! Hope you enjoyed. 🙂 I know I certainly did… I missed Tare! Poor fellow’s been lurking in the shadows while Teague takes over, mostly because Tare’s been pretty done with me of late and not in the mood for me to write him. But now I want to again…