So… I have stuff scheduled for the blog throughout this month, and was going to entirely ignore blogging (after my Ishness post) until December, because NANO! Because I’m so insanely busy and can’t even seem to get around to replying to comments till like a week later (sorry guys…).

…But then I saw that Cait and Sky have a second round of Beautiful Books up, and I fell in love with the questions and just HAD TO DO IT!!! *flails around*

So, for those who care, you’re going to get a peek into how my November writing is going and what’s up with The Silver Forest. 😉

Join in the linkup if you want! (You don’t have to be doing NaNo to do it.)

1. Is the book turning out how you thought it would be, or is it defying your expectations?

My goodness. HOW DO I EVEN ANSWER THIS QUESTION??? *rides on roller-coaster of emotions and gets off, panting*

Um. Some of it I like and is turning out wonderfully. Most of the princesses are kind of how I want them, especially Emerald… Fun dialog, gorgeous description of Faerie. I love some of the other characters too. But it also has a lot of poor quality writing, just thrown together. Some of the characters are being stubborn and not turning out how I want them to be (i.e. not cardboard…), not to mention I’m 16,700 words in (which is a third of NaNo’s goal of 50k) and I still haven’t gotten out of what I was originally planning to be chapter two…? Um. Yes.

I basically am going up and down between passionately loving it and loathing it with the loathing of a thousand burning suns.

I was sick of it last night and thinking of just ignoring it forever and going to write something else instead, or, ya know, just ignoring the fact that I need to write at all this month and just read books… when suddenly I read over some of it and fell in love again and a whole bunch of things clicked into place and now I want to go back and rewrite all of it that I have so far BECAUSE I KNOW WHAT TO DO WITH IT NOW AND IT’S GOING TO BE AMAZING. …But I’m going to make myself press on instead, just knowing that I’m going to know how to fix the beginning after I finish the story.

So right now I adore it and can’t wait to write more (even though I’m behind and am apparently blogging instead…?) but probably by this weekend I’ll be in the depths of despair again, I dunno. *shrugs* Such is NaNo.

As the first chapter was written between the hours of midnight and 2 a.m. after a week of sleep deprivation and absolutely no plotting whatsoever, the first chapter (including its first sentence/paragraph) is not fit for any living being to see and is going to be SCRAPPED. So, instead, you get the opening of Chapter Two:

Peach skipped along a white-pillared, tapestried corridor and ducked out a side-door into the castle garden in search of more sisters. At fifteen, she was the youngest of the twelve, and that was perfectly fine with her. She was full of life, constantly curious, and tended to move at higher speeds than any of her siblings besides Emerald. So it was not surprising when she came around a magnolia bush in the glory of summer bloom and ran smack-dab into someone else, and they both went down in the grass in a tangle of arms and legs and skirt.
“Oh, stars! I’m so sorry,” she said, scrambling back to her feet and surveying with curiosity the person she had run into, who was doing likewise. It was a boy, perhaps her own age, whom she had never seen before.

3. Are you a plotter or a pantser? Have you ever tried both methods and how did it turn out?

I am a plotter. I need plot, otherwise I flail around and make messes and the story gets monstrously long and sprawled-out. I always try to plot extra for NaNos, but most NaNos I seem to end up pantsing more than ever because I don’t get my plotting finished because I was too busy. THIS IS A PROBLEM BY THE WAY.

So I’m currently using a mixture of both methods because I have a rough outline for the first several scenes, and after that a VERY rough Three-Act-Structure (which I’d never used before) outline of the rest of the story. But the details, I’m pantsing ish, and as soon as I get past the scenes I have in mind, I’m basically doomed, so we’re not going to think about that right now…

4. What do you reward yourself with after meeting a goal?

I update my wordcount on the NaNo site so that I can see the little graph looking as it should. *nod nod*

5. What do you look for in a name? Do you have themes and where do you find your names?

I don’t usually have themes for my names, but this time I do, so YAY! 😀

For most of the other characters, I’m using Celtic names, mostly Irish ones, or tweaked combinations of words from an Irish dictionary. 😉 Irish names like Finnigan, Brogan, Seamus, Rory, Fergal, Etain, Niav, and Alanna, some of which I pulled from memory; others I looked through some books of Irish fairy tales for inspiration. Niog is a Welsh name, I believe, which I ran into somewhere and just LIKED. Justin and Tristan and Kern just sounded right. Taghdach (moody), Cothrom (fair), Dilis (faithful), Riogal (from rioga/riuil: royal), Prechan (rook), Bronach (sad), and Leithshae and Sisceall, were derived from Irish words or tweaked.

I have no idea. I’ve only written endings a very few times, so I don’t feel I can even answer this question… But probably endings because it gets so exciting and I’m almost done and just yes. I only wish I got to them more often… 😦 HOWEVER I also enjoy beginnings, getting to explore the opening of the story and meet the characters. But middles might be the best too because you’re over the awkward figuring-out stage of the beginning and are just zipping along with the plot. I DON’T KNOW OKAY. Maybe all of them? Or none of them? Or something.

7. Who’s your current favourite character in your novel?

My half-fae prince Taghdach. ❤ …Also Niog the enigmatic gardener boy. And unexpectedly, Seamus the court jester who appeared fully formed on the page without planning and stole my heart. I imagine the only reason there aren’t several others on here is that we haven’t met them yet in the story…

8. What kind of things have you researched for this project, and how do you go about researching? (What’s the weirdest thing you’ve researched?!) 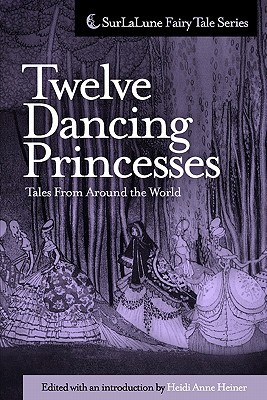 (See my review on Goodreads.)

I also “researched” character types that I like, meaning that I went through my list of favorite characters from books I read this year, and previous years, and categorized them in the categories I wanted to use, and then made lists of the characteristics and stuff. (Dark guy; sweet romance hero; young enigmatic lad; awesome fighter; rogue/thief; and Undefined — which is a favorite category of mine, which I cannot describe, and is where Seamus is going.)

And I’m going to eventually have to research magnolia bushes and wharfs and causeways and such things because I threw them in there in the heat of the moment when I was writing, and then realized I don’t know if they were really what I was thinking of. XD

9. Do you write better alone or with others? Do you share your work or prefer to keep it to yourself?

It depends. I think in the long run I write better in a room entirely alone. But sometimes, being at a write-in will make me actually write because everyone else is writing.

And I like to share my work sometimes; it also depends. I usually read each day’s work aloud to my sister to get a feel for it and some immediate feedback/encouragement. Most of the time I like having beta readers as well, but during NaNo it’s far too horrendous for anyone to see, so I like to keep it to myself for the most part during November. 😛

10. What are your writing habits? Is there a specific snack you eat? Do you listen to music? What time of day do you write best? Feel free to show us a picture of your writing space!

During NaNo, I usually open my bulletin board on my laptop (a feature that came with it) where I keep inspiration, and open my document and plotting file, start some music, and — hopefully — write.

(Bulletin board for my NaNo this year.)

I don’t eat while I write; I can’t multi-task like that. I listen to a playlist of fast or inspirational music I have on my computer; or, if I’m somewhere with internet, I’ll have Pandora or my youtube playlist. Music is so helpful! I think I write best late at night, which is unfortunate. But I do want to try writing early in the morning to see if that’s better… it just hasn’t happened yet.

And there you are. My Writing Process. Huzzah for Beautiful Books!

Now it’s back to NaNo for me…