I was going to post this on January 30th, but as I have other plans for the blog on that date (stay tuned!) I am posting it early…

On January 30th each year, I always celebrate the birthday of one of my favorite authors…

…And what better way to celebrate than with pictures! I had an epic photo-shoot of all the Lloyd Alexander books that I have, which was a TON of fun… 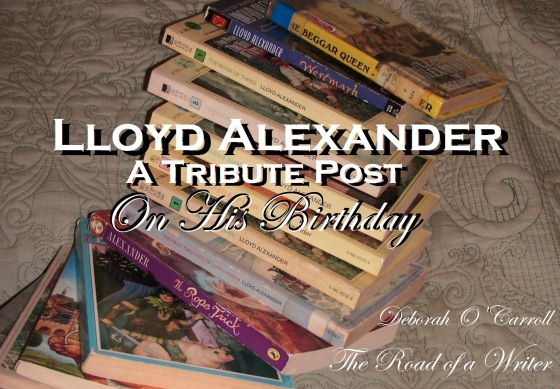 He is one of my top favorite authors, right up alongside Tolkien and Lewis. I probably owe my love of fantasy to Lloyd Alexander. I discovered his Prydain books at an early age, and they brought me into the rich world of fantasy… and made me decide I never wanted to leave it again.

So in a sense, you could say that I am who I am (a lover of fantasy, both in reading and especially writing — I consider myself a fantasy writer primarily) because of Lloyd Alexander.

I do remember reading the Narnia books and The Princess and the Goblin somewhere in that time-frame (and came to The Lord of the Rings at the almost-grown-up age of 10), which also contributed to my love of fantasy at an early age.

But Lloyd Alexander’s Prydain Chronicles was my first epic-fantasy series, and will always hold a special place in my heart both as a marvelous series and as the doorway that led me to fantasy as a child… and thereby led to who I am today.

I am immensely grateful to Lloyd Alexander for writing those books — and all of the other delightful books he penned over his lifetime. Thank you, Lloyd!

Signed copy of The High King that I found at library sale. Signed!! ❤

So in celebration of what would, if he were still living, have been his 91st birthday (a bit early), I’m going to share some of the pictures with y’all! And lists of his books I’ve read and want to… 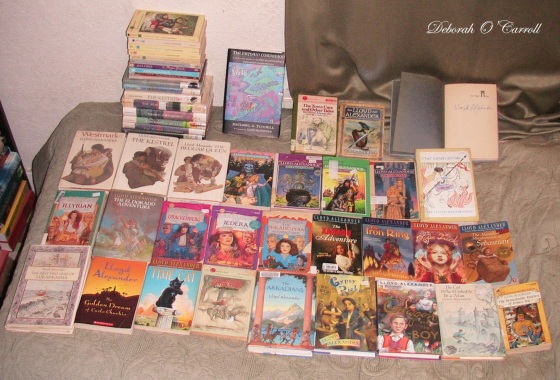 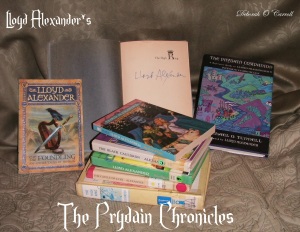 (And also a reference guide book, The Prydain Companion by Michael O. Tunnell which is a lot of fun — and has a foreword by Lloyd Alexander.)

I am long overdue for a Prydain reread… I’ve read all of them several times but it’s been a few years since my latest reread and I’m itching to delve back into that beloved world with those awesome characters and epic events! Hopefully soon!

I LOVE this trilogy!! It’s set in an 18th-century-type setting, which is my second favorite time-period (after medieval)… I remember being positively jittery when I finished reading them for the first time, because I loved them so much! Also, Florian is the best ever. ❤ Just sayin’.

The Vesper Holly books are just a delight! Vesper herself has such charm and wit and cleverness, and her sidekick Brinnie is like a Watson to her Holmes as they go different vaguely fictional places around the world that capture the feel of real civilizations. And so much fun and adventure and humor!

The standalone novels I own… Time would fail me to tell all about the delights of each one, but they each have their own special tales!

Aaand I can never resist getting extra copies of Lloyd Alexander books I already have… Yes, it’s a bad habit. XD But here’s a stack of them…

Probably my three favorite books by Lloyd Alexander: The Book of Three (book 1 of the Prydain Chronicles); The Kestrel (book 2 of The Westmark Trilogy); and The Iron Ring, which is my very favorite standalone novel by him — loosely based on mythology from India, it’s just epic and awesome and all around amazing. ❤

There’s also The Town Cats and other Tales, a collection of short stories about cats which is very fun… He had a thing for cats. 😉

Of books that I’ve read but don’t own, there are The King’s Fountain and The Fortune-Tellers… (Hurray for libraries!)

And I would like to sometime read (mostly picture books):

And, perhaps someday, some of his adult novels/biographies etc. that he wrote. 🙂

My shelf of books by Lloyd Alexander

And before I go, here’s a perfectly charming interview with the man himself! It’s so enjoyable to watch and has a lot of humor and wisdom and good thoughts about writing and books and fantasy and his own stories. ^_^

Be sure to check out part 2 and part 3 of the interview as well!

It is in this interview that you can hear him say himself the marvelous words I feature on the side of my blog:

“Fantasy is hardly an escape from reality. It’s a way of understanding it.”

Have you read anything by Lloyd Alexander? Do you have a favorite?

And if you haven’t, do consider checking one out! They are one and all beautiful, timeless, adventurous, and fantastical books! 🙂