So this may sound like I’m talking about how my summer was and wondering how it’s almost September (I am actually wondering that… How IS it almost September!?) But in actuality… I’ve been given the Olaf Award (twice!) so I thought it was about time for me to do it.

From Other Half of the Story — thank you Vandi Liz! ❤ — and, quite a long time ago (*cough*), from Christine Smith, formerly known as Lauriloth, of the brilliant blog Musings of an Elf – thanks Lauri! (Everybody go read her blog because it’s one of my absolute favorites and is always so lovely and whimsical!)

2. Pass the award on to however many bloggers you choose, using the same or your own questions.

…Except I’m going to just say anybody who wants to do this can, so feel free to take the questions and answer them in the comments or on your blog. 🙂

This tag is apparently mostly for Disney animated films… And… well. Okay, I’m going to be honest. I haven’t seen many of the classic Disney films. And even when I do see any I don’t think specifically “Disney”. I’m one of those people who takes movies as movies and doesn’t think overmuch about the company/brand that is putting it out. Except maybe Pixar. Or Dreamworks. But, again, I don’t always notice and sometimes get them mixed up and sometimes they’re Disney too and just… I don’t pay attention.

So I actually looked it up and found a list of Disney animated films (the truth comes out! *crawls away to hide under rug*) so I could see which I’ve seen. And I’ve seen about a dozen of the recenter animated ones, and only like six or seven of the older cartoon ones. …Yep. But that being said, I’m going to do it anyway because it looks like a lot of fun.

So here we go! Answers and pics! (yay Pinterest!)

1. What is your favorite Disney movie of all time?

Ahem. If we’re going with animated films, which we seem to be, I guess I’d have to say Tangled.

2. Of the three newest Disney films (Tangled, Brave, and Frozen), which is your favorite?

Frozen was great. I loved the Brave setting/music. But Tangled is my second-favorite animated film ever (after How to Train Your Dragon), sooo… Tangled.

3. Do you tend to prefer Disney films made prior to the 2000s or those made more recently?

Well, considering the fact that I’ve only seen half a dozen that were made before then… I guess the recenter ones.

4. Who is your favorite character in Frozen?

Kristoff, definitely! He’s kinda-sorta-totally-awesome. (Plus he’s like the only one to ever ASK her if he can kiss her. Which was just adorbz.)

5. Everyone loves Disney music. Any movie whose soundtrack you particularly enjoy? Limit yourself to three.

I’m just going to go with Brave’s soundtrack. Because… just… WOW. That music was INCREDIBLE. ❤ (And I’ll admit I find myself humming Frozen songs a lot as well…)

6. In your opinion (similar to Question #3), has the quality of Disney’s film-making decreased as time has gone on, or has it only improved?

I don’t knooooow. *flails* Like I said, I don’t have much to compare. The originals have a classic… well… original feel (shocking, I know) but I do enjoy the newer animation. So probably the new ones. But maybe if I see some more of the older films I might change my mind…

Um. Mike Wazowski, or Doug — SQUIRREL! — or Finn McMissile. (If any of them count as Disney sidekicks.)

He’d probably be really put out if he heard me call him a sidekick. But I’m only saying that because he’s awesome.

9. What is the worst Disney film you’ve ever seen?

The Black Cauldron. Hands down. *shudders* It was HORRIBLE. It took one of my favorite book series ever, mashed them together and totally wrecked everything. I think it’s the worst book-to-movie adaption I’ve ever seen, ever. Just… no. Never, ever watch that thing, people — and if you have, then please do me and yourselves and everyone a favor by reading the actual books it was “based” on so you know what really happened — The Prydain Chronicles by Lloyd Alexander, starting with The Book of Three. 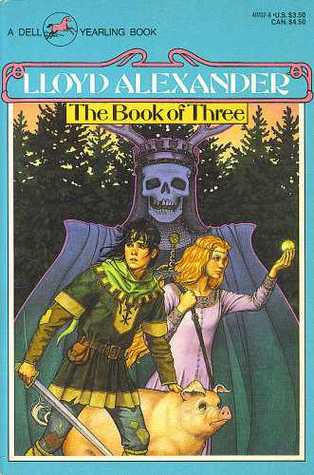 10. Lastly, what is one lesser-known Disney film you’d recommend?

Huh. I don’t know if I’ve SEEN any lesser-known ones… I naturally loved the latest three princess-y movies, and I also loved Monsters Inc. and the prequel, Robin Hood, and Winnie the Pooh to a point (the books were better), Cars 2 was a lot of fun and so was Ratatouille. So… all of those. Watch them if you haven’t. 🙂