[or perhaps that should be “Toothless, Thornton, and Trying”]

Oh, hey, did you hear that? If you’ve been lurking around the blog, you probably did… That was the sound of… well… of silence. *cue old Simon & Garfunkle music*

What’s been up with you? Myself, I’ve been quite busy, but such busyness is not an interesting topic, so I shall tell you of the fun things I’ve been doing. Mostly, in my spare time all I’ve wanted to do was read, due to some library trips, a library sale, and finding a secondhand bookstore I’d never been to before. So not so good about remembering to blog. Reading allll the things.

Toothless is the most adorable thing EVER, it was lovely going back and seeing all the characters again, the music was AAAAAAAAAAHHHHH ❤ and aside from one or two parts of the plot that I didn’t like (mostly because *spoilersnevermind* *cries*), it was one of the very best movie sequels I’ve seen! Go watch it. Seriously. (Because TOOTHLESS!!!)

There’s really only one way to sum that movie up:

The other main thing I finally saw recently… 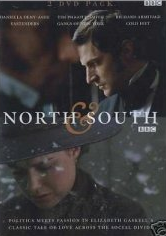 Richard Armitage should SERIOUSLY play Mr. Darcy. Seriously. Perfection. The Mr. Darcy’s I’ve seen on the screen (while I like them) have never quite measured up to my mental casting of that gentleman when I read Pride and Prejudice for the first time. Armitage, however, would fill that role quite adequately, methinks. I’ve thought it ever since I first saw him act, and seeing Mr. Thornton in North and South only served to strengthen my position, because let’s face it, he’s the epitome of what Mr. Darcy should have been (without, y’know, the non-romance part of the N&S plot… which I found to be mostly blah).

Just look! ThorntonDarcyBremask! [Bremask is one of my characters in my WIP “The Invisible Mask”]

Ahem, I believe I got distracted…

In other news, I joined some online sites on a whim, mostly in order to follow certain people… Not doing too much with the sites but poking tentatively through their shallow waters in my non-existent spare time. What I REALLY want to do is join Pinterest, but I’m saving that for a special occasion/reward for catching up on stuff, because I know it’s going to be extremely epic, awesome, and… time consuming.

Anyways, new places: (in case, y’know, you’re on them or interested…)

So, meanwhile, I have some more projects coming up. You see, aside from all the normal busyness, and trying to get back into studying and things, I’m also… daring to do Camp NaNoWriMo again.

Yeah… Sorry. But yep, it’s true. I know you’d think I’d had enough of it for awhile, but nope… I’m jumping right back in for more awesomeness! I’ll be taking the opportunity to make myself write words to a goal. (I’m set for 10k, but I hope to be able to go above and beyond; it just depends on my schedule.)

What will I be writing about? I’m not 100% sure, but I’m not going to hold myself to just one story if there’s scenes from a few different ones that want to be written… And with so many WIPs and things-to-write-someday, I’m sure I’ll find something…

However! This does not mean that poor little bloggy will be abandoned in July! Far from it. I actually (for once) have plans for weekly posts, hopefully more interesting and/or writerly than my latest ones, so as long as I actually write them and post them on time and stuff, there should be postses. *nods seriously*

I was, for instance, tagged with the Writing Process blog tour thingamy some time ago, so look for a post on that next week (assuming I survive the first week of Camp NaNo!).

In the meantime, Camp starts… well… tomorrow. Somehow. Huh. I wonder how that happened. So I’d best “pack my bags”; that is, do some more plotting so I know what on Earth–or elsewhere–I’ll be writing about tomorrow!

I always find it interesting to hear about what writerly resources people find most helpful or enjoyable, so I thought I would throw together a list of some of my favorites. I’m saving it as a page so that it will be available through the top menu for all time — so you don’t have to go look at them all right now! 😉 — but I thought I would post it on the blog-proper as well. I’ll probably add to it over time, but it’s a start.

So here are some links to some neat writing resources and writing-related things, that I’ve found helpful or fun over the years. I hope you’ll find them useful too! (The sites are not mine though and not all the stuff on the sites I link to do I necessarily endorse, so proceed with caution as always… Just sayin’.)

If you have any favorite writing sites or books or resources, feel free to leave a comment! I’d love to hear them. 🙂

Wordcount widgets – links to some free writing meters for blogs and sites, to keep track of your wordcount.

Pixlr – free online photo editor. I really enjoy using it for making covers and such!

Month of the Novel episodes – fun little videos about a writer trying to write a novel in a month, and the humorous adventures of herself and her characters. Although it’s especially relevant to people who have done NaNoWriMo, it’s hilarious for anybody who has ever written. I died laughing sooo many times watching these! They’re just too much fun! ❤

NaNoWriMo – National Novel Writing Month: write a 50,000 word novel in November. I do it each year and it’s a marvelous opportunity to get a lot of writing done and connect with other writers who are also writing.

NaNoWriMo forums – There’s also a lot of info to be had in the NaNo forums, which are around all year (though they get wiped each year for a fresh start before each November session).

Camp NaNoWriMo – Can’t commit to writing 50k in a month, or can’t write during November? Camp NaNo is done twice a year for the summer (usually April and July) and has adjustable word-count goals, so it’s a good fit for the more sane writers who just want to get some words in over the summer.

Author Orson Scott Card has some interesting articles on writing on his website.

Author Gail Carson Levine has some great writing-advice on her lovely blog, which I thoroughly enjoy.

Go Teen Writers has a wealth of writing-advice I’ve only begun to dip into, but I know many people who have found it very useful.

Writing Books I actually got something useful out of

How To Write Science Fiction & Fantasy – by Orson Scott Card

Not everything in this book was helpful to me, but there were a couple ideas that I gleaned from it, and some interesting thoughts on the structure of books, including thoughts on what type of story your book might be. It’s not just for sci-fi/fantasy writers; I don’t write sci-fi, and the type of fantasy I write normally doesn’t have much fantastical in it, but I still found some worth from this book.

Anybody Can Write – by Roberta Jean Bryant

This was a refreshing look at writing, and had some good exercises that helped me through a couple things I was stuck on. I must also say that it’s one of the few non-fiction books I’ve read that I couldn’t put down. It’s not a thick book, but I couldn’t put it down for some reason and found when I was most of the way through that I had accidentally read a ton when I’d only meant to start it. It’s mainly good for the couple new ideas it has.

What sites/book/links do you find helpful for your writing?