I’m super excited and honored to be joining the blog tour for the ebook release of “The Seahorse Legacy” by Serena Chase, which was released May 25th!

Stay tuned after my review for giveaways and other good stuff…

Summary: As Keeper of the Seahorse Legacy, Cazien de Pollis is a King among pirates, divinely appointed to dispense justice on the seas. Bound by the sacred oath of a long-dead ancestor, he must fulfill a contract to wed the green-eyed Oracle’s Daughter named therein — or risk losing everything he and his people hold dear. But at nineteen, with the identity of his betrothed only recently revealed, Cazien resents the contract — and the urgency within him to see it satisfied.

Erielle de Gladiel returned from the quest for the Remedy, changed. Not only are her formerly-blue eyes now a brilliant shade of green, but she must don gloves to hide inky evidence that her prophetically-bestowed title, the Oracle’s Daughter, demands more from her than the task already completed. Erielle’s dearest-held dream is realized when she is knighted by her King, but unbeknownst to her, that very honor jeopardizes the prophesied purpose to which she and Cazien have been called.

Just as Cazien summons the courage to collect his bride, dark rumors and darker deeds crawl up the coasts, calling its guardians, the Seahorse Pirates, into action — and Cazien away from Erielle. But even though the Oracle’s Daughter knows nothing of the contract to which she has been consigned, Cazien’s enemies have somehow learned of his interest in Erielle. And if they reach her before his ancestor’s weighty oath is executed, the Seahorse Legacy will be forfeited . . . and darkness will be given reign.

My Review of The Seahorse Legacy

This is the third book in the Eyes of E’veria series. The Ryn and The Remedy form the first two-book set in the series, and The Seahorse Legacy starts another set which will be continued in The Sunken Realm. I have not read the first two books — I now can’t wait to do so! — and although The Seahorse Legacy references many things from them, I found that it stood on its own quite well (though it still needs the sequel to complete it!).

First of all, this story was gripping and I didn’t want to stop reading. It’s rather long but didn’t feel like it at all. I was just so sucked into the plot, which was intriguing and well done. I felt like the stakes were well set at the very beginning, so that I understood the consequences should the protagonists fail. I was on the edge of my seat as author Serena Chase formed words into a dazzling tale before my eyes like a Veetrish storyteller. (Which you must read the book to find out about, but that whole idea is really awesome.)

The adventure, romance, suspense, humor, and well-crafted words of the writing, were as enjoyable as the interactions between the characters in the marvelous cast, and the interesting features of the land of E’veria — which I’m looking forward to visiting again and again in the other books in the series.

There were also nods, although subtle, to The Twelve Dancing Princesses and other fairytales, which as any regular reader of this blog knows, always makes me a happy reader! ❤

What really made the book for me was Cazien, the Heir of the Seahorse Pirates himself. I’m trying to keep this review coherent, but it’s tempting to abandon all hints of rational wording and merely squeal “CAZIEN!!!!!!!!!!”, accompanied by further exclamation points and more hearts and happy emoticons than would fill the sea he sails on. (I’m sure he would be very satisfied with such a reaction…) But I loved Cazien! In spite of his occasional shadiness and tendency to think too much of himself (hey, I can’t blame him, I think a lot of him too!), he was my favorite thing about the story. Cazien is a rogue and a rascal and a pirate, charming, dangerous, fun, and epic all at once, but let’s face it: he’s awesome and he knows it, and so do the readers. I’ve rarely come across a character who’s so well written — especially his lines. Every time Cazien opens his mouth, sharp wit and cleverness come out of it, so that I just want to go back and read all the parts with him over and over again. I also loved the abilities he had through his connections with the sea — that was fascinating and awesome! Cazien is definitely a favorite character!

Okay, I’m going to say it. Erielle annoyed me for much of the story. I feel like the “girl who goes around with a sword and dressed like a guy and says she’s just as good as the fellas and gets to be the first female knight” etc., has been done to death and I’m sick of it. (Maybe not the knight part, but in general.) I have no problem with the way she dresses or the fact that she fights, it’s just the big deal she makes of it and her attitude. I know lots of people enjoy what is apparently called “strong female protagonists”, so this is probably just me, but I found her to be an exasperating whiner.

I think Erielle and Cazien are cute together, though, and I can’t wait to see what will happen with them next. (Particularly what she’ll think of a certain something that happens near the end… I’m just dying to see her reaction when she realizes it!)

I have two warnings for potential readers.

1: It’s not for younger readers — under sixteen would be pushing it — due to some of the content. It’s rather grittier/more realistic than I prefer in most books, and was at times disturbing/scary.

2: It ends on a cliffhanger. It is, after all, only the first of a two-book set. The story just sort of stops. But just so you know, as soon as you read the last page of The Seahorse Legacy you’re going to be frantically checking your calendar every few minutes, tearing your hair out and wishing 2015 and the release-date of next book would just get here already! I know I am! You have been warned. 😉

I’ll just have to console myself with reading The Ryn and The Remedy, and going back through The Seahorse Legacy to read all the parts with Cazien again…

I can’t wait to read the next book, The Sunken Realm, and find out how everything will turn out!

(I received a free ebook of this book in return for my honest review. These are my own opinions.)

You can find The Seahorse Legacy on

Serena Chase lives in Iowa with her husband, two teen daughters, and one very spoiled (but really adorable) dog, Albus. A frequent contributor to USA Today’s Happy Ever After blog, she also writes for Edgy Inspirational Romance. Serena has served as a youth leader for high school students at her church, coaches her local high school’s Color Guard, and drinks entirely too much coffee between these and her daughters’ activities. Visit her on her website, serenachase.com, and find her elsewhere online at:

And here are the giveaways Serena is hosting!

Be sure to enter both for a chance to win free books and pirate booty. 😉

And as if that isn’t cool enough, the first two books in the series are also on sale right now: 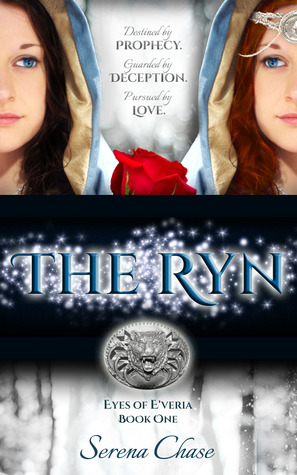 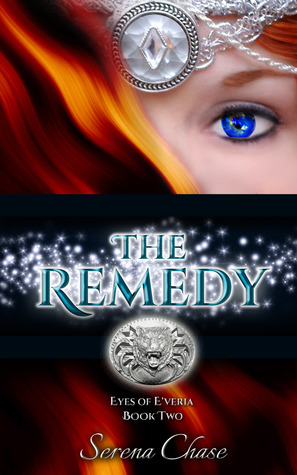 10 thoughts on “Blogtour – The Seahorse Legacy (Review and Giveaway)”