So! I wrote a long post and was going to put it up, and then I read over it . . . It was rather a wreck of a lot of rambling about how I’m overwhelmed with a lot of stuff going on in my life right now and how I’m behind on everything and can’t figure out how to do everything I need to do. On reflection, I decided that a detailed list of my problems would not make for very good reading. I shall save it in my drafts and pull it out if at any time I get really desperate about something to post, or if I decide the internet hugs or kindly words or advice of anyone who actually wades through it will outweigh the bad plan of posting it. But for now you are spared.

Consequently I don’t have an actual post, but there were a couple cool things going on recently that I would like to mention.

Firstly, I’d never really watched the Olympics before, that I remember. (I hear tell that when I was watching some Olympic figure skating when I was very little, I said something about if I was going to be a skater, I would want to wear “lots of sweaters.” Can’t beat a bit of straightforward three-year-old-speech. ;))

But these last couple weeks while the Olympics were on I got addicted to watching the figure skating, and promptly decided that it is supremely awesome.

Figure skating is now sitting prominently on my list of latest-obsessions / list of favorite things (no, I don’t actually have one of those lists, but I plan to make one soon). 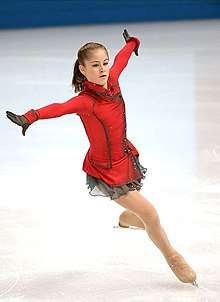 It’s funny how each sale has a different flavor, especially reflected in the kind of books you end up with. One year it was fairytales and short stories collections for me, for instance.

This year it was mostly classics and things I’d read before that I really loved but didn’t own a copy of for my very own library that I was ecstatic to find. Especially “complete” collections — the complete Sherlock Holmes, the complete fairy tales of George MacDonald, the complete tales of Beatrix Potter . . . Very excited about those, and all the rest! It was a good library sale.

Um . . . I seem to be talking about books a lot lately, don’t I? I promise I’ll do some more posts about writing sometime (otherwise I should rename this blog “The Road of a Reader” which is not my intent . . .) but there’s just not a lot going on in my writing world right now.

I’m sort of in a transitional phase where I’m not actively writing anything and instead trying to work on doing some edits and plotting and little projects like that. Which means there’s nothing interesting going on and I can’t decide which of my gadrillion books I want to write next. I’m starting to wonder if I’ll ever actually write anything again or if I’ve lost the knack or something. Meh. It’s worrying.

However! That being said . . . Coming up soon is March 1st, which will be my seven-year anniversary of deciding to really write. I always love hearing other people’s stories about how they started writing, and I suppose I’ll share mine.

So I’ll have a post up (hopefully) next week, about the very early beginnings of my road of a writer . . .